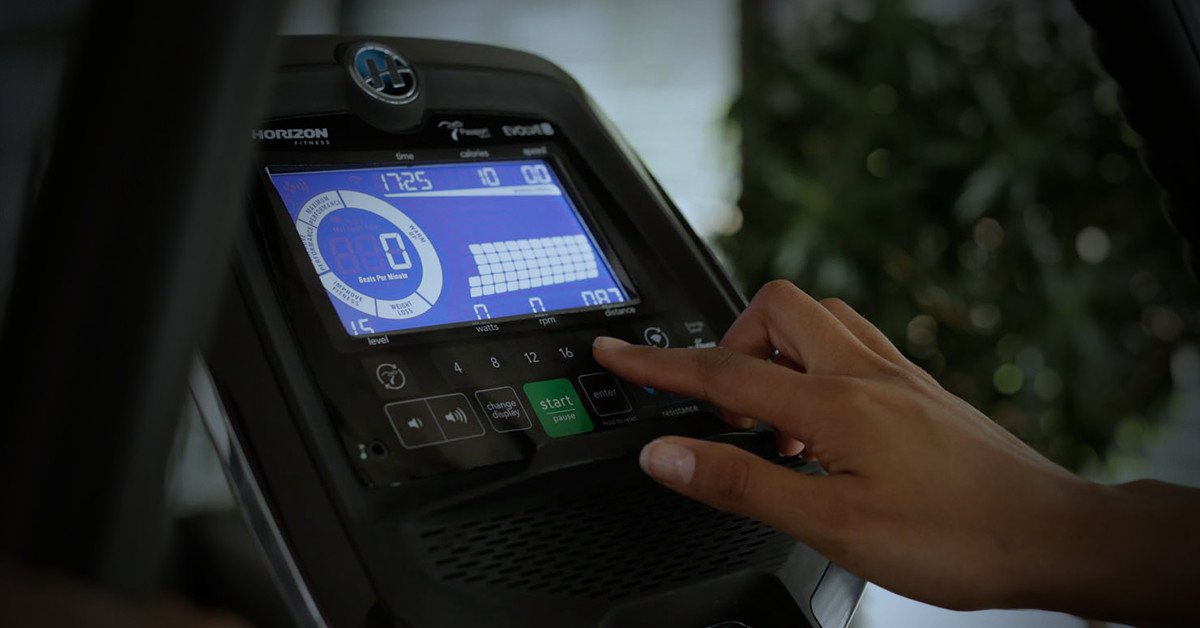 For anyone who has played around with the display functions on various pieces of cardio equipment, they’ve undoubtedly found use in knowing such bits of information as time, distance, calories burned, incline, pace, etc. But there’s one feature that most people tend to skip past when it comes to their display, more so because they probably have no idea what it even means. Yet, for many exercisers, this information could be a key component to making their workouts much more efficient. What is this magical tool you ask? It’s the constant watts setting!

What Is A Watt?

While most people may think in terms of light bulbs when they hear the term, watts also have similar meaning when it comes to your exercise output. The wattage of a light bulb (40 watts, 60 watts, etc.) is simply a measurement of power. The higher the watts, the more power it uses. The same can be said for exercise-related watts….it’s a measurement of your power or output when exercising.
For those who want to dig a bit deeper into the scientific end of things, a watt is equal to one “joule” per second. A joule is what’s needed to accelerate a mass of one kilogram over a distance of one meter. So watts are the power needed to overcome inertia and make things go, like pedaling a bike, running on a treadmill, or stepping on a ClimbMill.

Why You Should Incorporate Constant Watts Training Into Your Workout Program

Watts can be a very useful tool when it comes to the measurement of performance output as it gives you immediate and quantifiable feedback on your workout intensity. Obviously, someone who is more fit will be able to maintain a higher watt reading than someone who is less fit.
Watts can also help exercisers stay motivated by having them maintain a target workload. This can help build endurance, speed, strength, and improve overall performance. Watts are widely used among cyclists because they allow them to train smarter by pacing their efforts. Instead of starting out too fast and fatiguing early, cyclists can monitor their watts input to stay within a target zone during their workout.
Today’s cardiovascular machines can be a huge benefit when it comes to training with watts because they can allow you to perform “constant watts workouts.” This is where the machine will hold your watts constant in a specified range. So if you increase the speed of your workout, the machine will adapt by decreasing the resistance. Likewise, if you slow down, the machine will keep you in your watt range by increasing the resistance.
Watts are also not affected by other conditions such as heat, wind, and fatigue. So while your heart rate may increase, you can maintain a goal with your watts and guarantee you’re putting forth the same power, even as you begin to fatigue.

Who Should Train With Watts?

Watt training can be used by a wide range of individuals with varying goals. Obviously from what we’ve already talked about, watts training can be very beneficial to athletes such as cyclists, runners and rowers. It can also be helpful for the more advanced exerciser who may want to use max watts in their high intensity interval training (HIIT) workouts. As an example, they may sprint as hard as they can for 30-60 seconds to reach a goal watts level before easing up and going at a slower recovery pace for 2 minutes. This cycle is then repeated for a set number of rounds.

Watts training is also a great tool for cardiac rehab. For instance, an exercise physiologist may have a client who is recovering from heart problems. The doctor may recommend that the client exercise on a piece of cardio equipment at an intensity of 100 watts. The exercise physiologist can then program the machine to operate consistently at 100 watts. As the client improves, and with the doctor’s approval, they can then increase the watt level in specific stages.

Weight loss clients can also benefit from watts training by getting a more accurate count of calories burned through monitored watts workouts. This then allows them to better plan their caloric needs to aid in their weight loss goals.

Why Use Watts Instead Of Heart Rate?

When you train with a heart rate monitor, you might inadvertently slow down as you get tired. Alternatively, if you set your elliptical machine or stationary bike to the constant watts workout, you know you’ll be putting forth the same amount of power even as your heart rate starts speeding up or if the workout starts to feel harder. This is a great way to build stamina. If you’re someone who is “hot out of the gate” and struggles to keep a consistent pace, the constant watts setting is good for you.
Training with constant watts is also good for motivation. If you wear yourself out too soon in your workout, you may feel defeated, stop early and be less likely to hit the gym again. Maintaining constant watts (and holding yourself back a little in the beginning) reserves more energy for the end of your workout. When you finish strong you’ll feel better about your performance and be more motivated exercise again.
So the next time you’re shuffling through the display features on your favorite piece of cardio equipment, keep it on the watts setting and see how you can benefit from this useful, but often under-utilized way to train.

About the writer: Ken Grall is a Certified Strength & Conditioning Specialist (CSCS) and owns and operates an Edge Fitness in Madison, Wisconsin. Learn more about Ken.